Lawmakers in Washington have been debating policy changes that could affect the education benefits of veterans of the U.S. military who attend online college programs.

For example, Congress is considering whether to increase the housing stipend for online students who receive the Post-9/11 GI Bill and other veterans education benefits. That stipend currently is capped at half the amount veteran students can receive for attending in-person college programs. The maximum stipend varies based on location and other factors, but averages about $1,800 a month, meaning that online students can expect less than $1,000 to use on housing each month.

Advocates for veterans have been pushing to drop the cap for years, arguing that it limits college access for these students. And with most of higher education moving online during the pandemic, the two-tiered stipend system makes less sense these days.

In addition, Congress has been mulling a requirement that colleges must spend a certain amount of their tuition revenue on instruction and student services to remain eligible to receive GI Bill and other veterans’ benefits. This idea is designed to encourage quality in online education by preventing colleges from spending too much on marketing. But critics say it’s a ham-handed form of regulation that could backfire and hurt veterans.

It’s unclear whether any of this will happen. But the conversation poses the question of which online colleges veteran students prefer? It’s not an easy question to answer, either, given the limitations of available federal data.

We know that veterans and active-duty members of the military are more likely than their non-military student peers to attend fully online programs. One in four undergraduates (24 %) who received veterans’ education benefits were enrolled in an online program in 2016, according to the most recent federal data. By comparison, just 14 % of all undergraduates attend online.

It’s not surprising that military students are attracted to online programs. Veterans aren’t 18-year-old freshmen who are away from home for the first time. They have jobs and families and are more likely to need the flexible scheduling of an online college. This is particularly true of active-duty members of the military, who may need to finish a course during a deployment. Students can do that more easily in an online course than in one where they need to be in a seat at the same time three days a week.

The most popular colleges among military students reflect this reality (see below). For GI Bill recipients, the top destinations are two online universities that have focused on veterans for decades: the American Public University System (APUS), which includes American Military University, and the University of Maryland Global Campus (UMGC).

Rounding out the Top 10 are several other universities that are either online-only or that feature big online programs, including Purdue University Global, Liberty University, Excelsior College, and Southern New Hampshire University (SNHU), the nation’s largest institution with more than 150,000 students.

Several top colleges for veterans also feature specialty programs that tend to be more appealing to veterans. For example, Embry-Riddle Aeronautical University, a private institution based in Florida that offers a wide range of aviation degrees and certificates, is the third most popular destination for GI Bill recipients.

Lucia Karnes enrolled in Embry-Riddle’s online master’s degree in unmanned systems while she was serving overseas in the U.S. Army, including during a deployment in Afghanistan. She says the university’s experience with military students was a big plus.

“If I had chosen a school that didn’t have as much military involvement,” Karnes says, “I don’t know that the same level of flexibility would have been easy to come by.”

Word of mouth is a big part of student recruiting, as any college admissions expert will tell you. This may be particularly true of colleges that enroll large numbers of military students, who tend to rely on each other for advice on programs that are a good fit.

As result, several of the most popular colleges for veterans also are among the favorites of recipients of military tuition assistance. APUS and UMGC again were at the top of that list. They were followed by the University of Phoenix, long a popular option for military students, and by SNHU, Liberty, Embry-Riddle, and Purdue Global. Also in the Top 10 were Grand Canyon University and Western Governors University (WGU), which along with SNHU are among the U.S. universities with the largest online programs.

WGU is online-only and competency-based, a form of higher education that offers self-pacing and even more flexibility to students. The university also is relatively affordable, with an average annual tuition rate of $7,290 for bachelor’s programs, well below the national average.

The military-friendly WGU calls itself “ideal for self-directed learners anxious to advance their education and careers,” a description that applies to many military students. And the competency-based approach means WGU is much more likely than most universities to allow veterans to quickly earn college credits for skills they learned in the military.

What might happen next on Capitol Hill is anybody’s guess. But it’s a safe bet that colleges and universities with well-established online programs will continue to expand in coming years, drawing more veterans as well as other working adult students. For example, more than 49,000 students graduated from WGU last year. And the university’s growth doesn’t appear to be slowing down anytime soon.

This blog was written by Paul Fain 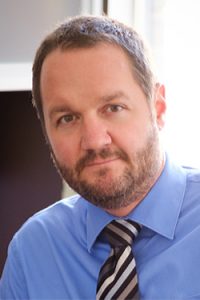 Paul Fain
Paul spent the last decade as reporter and editor of Inside Higher Ed where he covered nontraditional students, policy, and all things education. He’s also a Senior Fellow with the Center for Education Consumer Insights, where he works on connections between postsecondary education and the workforce.
Tags: online college, student veterans

CARE For Reservists Act Introduced in the House