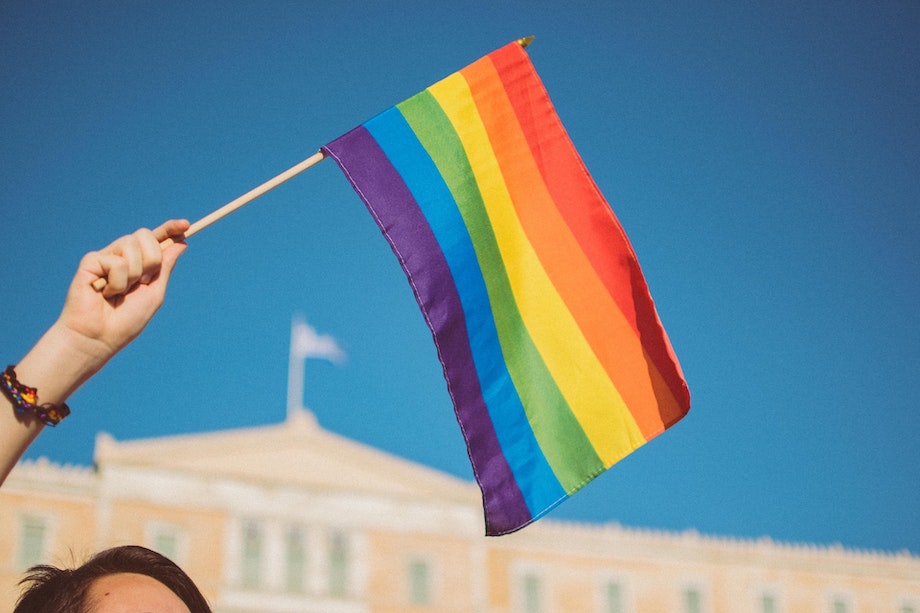 In spite of the many dangers and pitfalls, millions of these individuals have continued to sign up to protect our nation. Today, our LGBTQ+ Servicemembers and veterans are increasingly gaining access to the support they deserve, with more services, codified protections, and even systems in place to restore lives that were previously impacted by exclusionary policies and practices.

Despite this progress, we are still recovering—reshaping policies, dismantling barriers, and repairing the lives that were upended by unequal treatment even as they served our country.

The history of discrimination against LGBTQ+ Servicemembers is long, with evidence of discharges for homosexuality dating back to the Revolutionary War. Thirty years ago, the Clinton Administration enacted the infamous Don’t Ask Don’t Tell (DADT) policy, which allowed LGBTQ+ individuals to serve in the Armed Forces, but prohibited them from disclosing their sexuality. This double-edged sword opened the door for military service, but it also opened LGBTQ+ Servicemembers to administrative discharges, discrimination, and violence if they were outed—or even accused—while serving.

Despite DADT’s repeal in 2011, LGBTQ+ Servicemembers continued to face high rates of violence and assault. As a 2020 Military Times article pointed out, “LGBTQ+ Servicemembers are allowed to be out and proud, but a fear of repercussions persists.” Stressors for these Servicemembers further intensified after the Trump Administration’s transgender exclusion policy was enacted in 2018, followed by the administration’s 2020 removal of LGBTQ+ nondiscrimination protections for health care and insurance.

Together, these factors contribute to a greater rate of suicide for LGBTQ+ Servicemembers. A 2020 study published in the Journal of American Medicine (JAMA) verified and quantified the risk of suicide among “sexual minority” veterans, as they were referred to in the study:

“Sexual minority populations experience stressors associated with increased risk for suicide, including higher rates of depression and adverse social determinants of health that are often associated with suicide risks, such as adverse childhood experiences, adulthood sexual violence, and homelessness.”

To combat these trends, the JAMA report strongly recommends study and prevention. The Department of Veterans Affairs (VA), members of Congress, and numerous nonprofit organizations have also begun to reverse these trends and support our Servicemembers.

Although LGBTQ+ Servicemembers have faced a long, fraught history of discrimination and exclusion, the future is bright thanks to numerous policy changes and programs that have been enacted over the years—including the Biden Administration’s 2021 reversal of the 2018 transgender exclusion policy. In his order, President Biden directed defense leaders to ensure that all directives, orders, regulations, and policies are consistent with the new order. Today, transgender and other LGBTQ+ Servicemembers and veterans have access to a wide net of support services.

On the 10th anniversary of the repeal of Don’t Ask Don’t Tell, the Department of Veterans Affairs issued new guidance that grants benefits to veterans who received other-than-honorable discharges under DADT. Previously, these veterans were ineligible for many VA benefits, including health care, disability compensation, home loans, and burial benefits.

In addition to these benefits, the VHA provides specialized healthcare services through its LGBTQ+ Health Program, which serves veterans, their caregivers, families, and beneficiaries through services that include:

Many nonprofit organizations are also dedicated to supporting our Armed Forces, veterans, and LGBTQ+ Servicemembers. The Modern Military Association of America is the nation’s largest nonprofit organization advocating for the LGBTQ+ military and veteran community. SPARTA (Service Members, Partners, Allies, for Respect and Tolerance for All) is an organization for transgender people who currently serve or have served in the military.

When it comes to advancing policies that promote equal treatment for all of our Armed Forces, LGBTQ+ Servicemembers have been locked in a tug of war that saw some rights granted and others taken away—but we continue to make progress even as the road ahead may remain difficult.

Get Retrained with VRRAP

BAH as a University Marketing Tool

Veterans Want Innovative Schools That Can Meet Their Needs