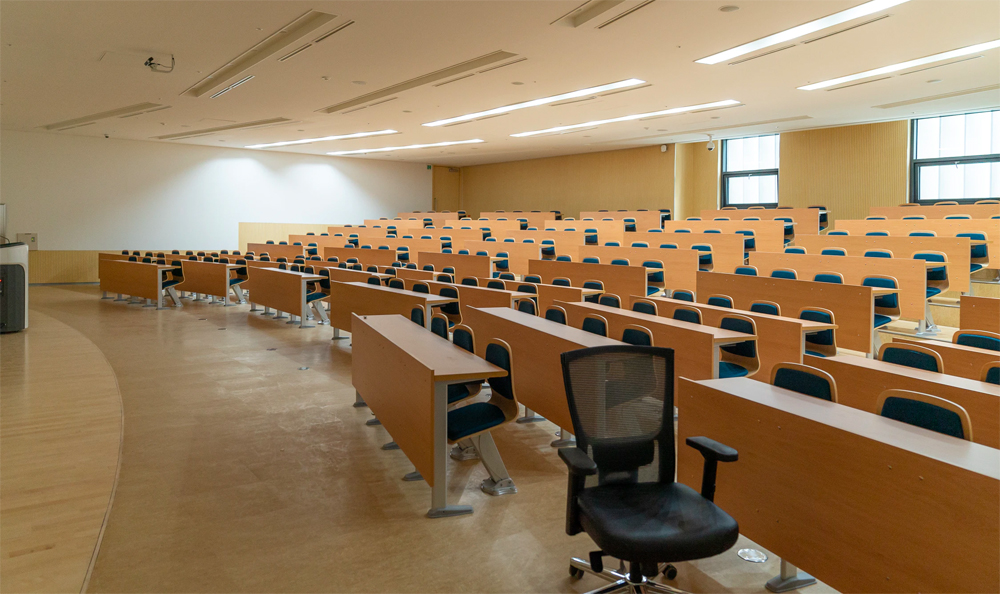 Student-Servicemembers and Student-Veterans lack meaningful protections from financially unstable colleges and universities targeting them for their federal benefits.

A Servicemember could be expected by the military to attend an extended Multiple Unit Training Assembly (MUTA) that overlaps with Thursday’s and Friday’s classes. They could also be expected to attend a training course, i.e., Air Assault School (10 days) or Airborne School (3 weeks), during their academic semesters. Some Servicemembers have been activated to support COVID-19 relief efforts, while others have been activated for riot control.

Conversely, a Student Veteran is enrolled in an educational program, has met the statutory requirements to be considered a Veteran, and is eligible for GI Bill® benefits provided by the Department of Veterans Affairs (VA). A Student Veteran may have an active military obligation if they are still serving in the military. As such, some Servicemembers are not necessarily military Veterans.

The distinction is critically important to understand because it affects educational benefits and administrative remedies. Too often, students who are associated in any way with the military, i.e., participating in the Reserve Officer Training Corps (ROTC), are treated as Veterans by academics. This author’s alma mater once hailed a volunteer member of Maryland Defense Force, with no formal military background, and self-described Safety Officer for the United States Government, as a decorated war Veteran during a partisan speaker series: Transgender Military Ban Organizing Marginalized Communities of Color.

It is not meant to disparage or elevate one type of service over another. Instead, the distinction is meant to further assist those entrusted with the duty of guiding members of the military on the use of military educational benefits. Academics’ growing misuse of the term, Veteran, can be a problem for many unique reasons.

If a Servicemember is activated, for any length of service, what do they tell their schools?

Torey L. McMurdo “learned this the hard way when [she] sought to take military leave from [her] doctoral program at Yale . . . for a five-week training course. Although [her] department was supportive of [her] service, an administrator shared that they had ‘not had a doctoral student take leave for military service since Vietnam,’ and because so few students were affected, ‘Yale considers military leave to be a form of personal leave.’ In fact, there is little personal choice involved: Articles 86 and 92 of the Uniformed Code of Military Justice (UCMJ) require military personnel to comply with orders or face the possibility of court martial. Nonetheless, ‘your only options,’ [she] was advised, “are to take personal leave for the semester, or use your dissertation writing fellowship.” Torey L. McMurdo, Legal Ambiguities Limit Protections for Service Members in Academia, December 19, 2019, (last visited December 6, 2020). Similarly, my law school told me, “it’s not the university’s problem, you volunteered to deploy,” in response to my imminent military deployment in 2017.

Ultimately, I prevailed over my military friendly law school’s attempt to sandbag my dream of becoming a lawyer. Like Ms. McMurdo’s “months of discussions with university administrators,” I too wasted a significant portion of my valuable time arguing with university administrators. For those not as stubborn as me, it could be cataclysmic to hear your dream has reached the end of the line from those who purport to support it.

The U.S. Department of Justice (DOJ), a federal law enforcement agency, “is tasked with enforcing certain laws that protect the rights of Servicemembers.” See U.S. Department of Justice, (accessed Oct. 18, 2020) (emphasis added). Without certain laws, the DOJ is limited in its ability to fully protect the rights of Servicemembers. It uses federal law to protect enumerated rights, such as employment, voting and financial/housing. See, e.g., Uniformed Services Employment and Reemployment Rights Act (“USERRA”), Pub. L. No. 103-353, 108 Stat. 3149 (codified in scattered sections of 38 U.S.C.); Uniformed and Overseas Citizens Absentee Voting Act of 1986 (“UOCAVA”), 52 U.S.C. §§ 20301-20311; and Servicemembers Civil Relief Act (“SCRA”), 50 U.S.C. §§ 3901-4043.  Notably, the DOJ does not list education in its Servicemembers and Veterans Initiative, presumably because it lacks federal law, such as USERRA, to do so.

In 2011, the DOJ, acknowledged the unique problems facing Servicemembers and Student Veterans. “Currently, federal law does not guarantee equal rights and protections across the country to members of the National Guard and Reserve who are enrolled in schools, colleges and universities. Student members of the National Guard and Reserve are not guaranteed refunds of tuition and fees paid for the term they cannot complete. There are no provisions for partial course credit, or the right to return to the college or university upon completion of active service.” U.S. Department of Justice, Employment Rights of the National Guard & Reserve, Eastern District of North Carolina (2011).

In its 2011 handbook, the United States Attorney for the Eastern District of North Carolina cites the Service members Opportunity Colleges (SOC) organization. SOC is “prepared to intercede for members experiencing problems, such as loss of credit in school courses due to call-up. A representative from SOC will work with the student soldier and the institution involved resolving the issue. Unit commanders with members experiencing such problems are urged to make every effort to ensure these members know this help is available.” Id. (emphasis added).

The problem, however, is that the SOC was shut down in 2019.

“SOC was created in 1972, with financial support from the Carnegie Corporation, the Fund for the Improvement of Postsecondary Education, and the U.S. Departments of Defense and Education. The organization was formed to overcome obstacles encountered by military service members pursuing higher education. SOC [sought] to help ‘the higher education community to understand and respond to special needs of service members’ and ‘strengthen the working relationships between the military and higher education.’ . . . despite the absence of federal law affording the Guard and Reserve refunds or the right to return to the college upon completion of service, “[it was] prepared to intercede for members experiencing problems, such as loss of credit in school courses due to call-ups.’ Unfortunately, the organization has no legal authority; its true power [was] contractual in nature . . .” See Andy P. Fernandez, General Issue, The Need for the Expansion of Military Reservists’ Rights in Furtherance of the Total Force Policy: A Comparison of the USERRA and ADA, 14 St. Thomas L. Rev. 859, 865 (2002) (emphasis added) (internal citations omitted).

According to the Chronicle of Higher Education, one private, non-profit educational institution, received $35,728,562.00 from Post-9/11 GI Bill and Department of Defense Tuition Assistance benefits in 2017-18, which represents a significant portion of its $132,973,091.00 net revenue earned in 2017. See The Almanac 2020-2021, Vol. 66, 36, (Aug. 2020); see also [name omitted] University, 2017, Return of organization exempt from income tax Form 990, retrieved from Guidestar.org. Additionally, its President reported $1,047,257.00 in earnings in 2017 and the institution spent $139,067,676.00 towards advertising and promotion, some of which likely went to military-specific promotions. See id. Another private, non-profit (name omitted), with the primary mission of providing quality collegiate education, is the top fourth university receiving Post-9/11 GI Bill benefits in the United States, at $69,817,171.00 for 2017-18, according to the Chronicle of Higher Education. Alone, these amounts are not indicative of any wrongdoing; rather, they are merely indicators. However, when combined with other financial data, i.e., low enrollment, investment loses, high promotion expenses, and a weak endowment, these figures could be troublesome.

These numbers and amounts are not top-secret, they can be easily located by reviewing publicly available information on non-profits’ Form 990(s), which are required to be filed with the U.S. Internal Revenue Service (IRS). “For federal tax purposes, an organization [501(c)3] is exempt from taxation if it is organized and operated exclusively for religious, charitable, scientific, public safety, literary, educational, prevention of cruelty to children or animals, and/or to develop national or international sports.” See Cornell Law School, Legal Information Institute, (last accessed Oct. 21, 2020).

Private, non-profit colleges and universities, exempt from paying taxes because they offer educational services, are the same organizations that take in hundreds of millions of dollars in GI Bill® benefits from the American taxpayer through aggressive marketing campaigns to Servicemembers. This practice is heavily subsidized by the American public.

Andy P. Fernandez, General Issue, The Need for the Expansion of Military Reservists’ Rights in Furtherance of the Total Force Policy: A Comparison of the USERRA and ADA, 14 St. Thomas L. Rev. 859 (2002).

The materials available at this web site are for informational purposes only and not for the purpose of providing legal advice. You should contact an attorney as soon as possible to obtain advice with respect to any issue or problem.